Covid-19 has already made its impact on energy and infrastructure: share prices of listed yieldcos and infrastructure funds have fallen by anything between 10% and 30% since their peaks, with significant volatility ahead. While the fallout of the virus has so far been less damaging to the sector than to the wider market, it has still resulted in the material devaluation of a sector based around a value proposition of being mostly non-cyclical and built on safe and steady long-term returns.

The full impact is yet to be seen and, in fact, there are signs that the valuation of underlying assets may be less affected than the equity markets are suggesting.

Demand and volume: For assets such as toll roads and airports, lockdowns and reduced travelling can have direct impacts on revenue streams linked to traffic or passenger volumes. However, these impacts are not uniform. Revenue structures for these projects often have some protections built in, including guaranteed return mechanisms or floor price arrangements. In some countries where procurements took place before the 2008-09 economic crisis, volumes may never have recovered above these floor levels, and so a further reduction of demand may not affect revenue streams.

Construction: Disruptions to supply chains and to the ability of construction workers to physically get to sites have inevitably led to delays.

Macro-economic drivers: Assets that benefit from inflated revenue streams may find that inflation is lower than anticipated in the short and medium term. Exchange rate volatility may also have impacted some projects and power prices have reduced in the short term – and will likely continue to go down over the longer term (more on this below.)

Assets impacted: Most assets are still able to function as normal from an operational perspective. Across the renewable energy sector, for instance, even if maintenance and cleaning activities are reduced, solar PV and onshore wind projects are mostly operated remotely and will continue generating electricity without the need for a physical operator. Anaerobic digestion and biomass may be different, requiring increased physical presence as well as a continuous physical supply of feedstock. They are therefore taking up more attention of the asset’s owner.

Assets unaffected: Availability-based assets have had to adapt operationally to the challenges of Covid-19, with very different implications when comparing schools and hospitals, for instance. But from a revenue and cashflow perspective, these assets are largely not impacted. The same would apply to many regulated assets, as well as power assets with contracted (rather than merchant) revenues.

The above is not exhaustive. But there are some principles that come out of it. Firstly, for a diversified infrastructure or energy fund, there are likely to be many assets for which forecast cashflows are mostly unchanged. Secondly, even where there have been significant impacts, these are mostly likely to be temporary in nature. The longer-term picture – and most infrastructure assets are 25 year or longer investments – may be relatively unaffected.

HOW HAVE TRANSACTION VOLUMES BEEN IMPACTED?

Deal flow and appetite for doing deals across the sector is not straightforward. On one hand, we have seen a lot of deals close over the past few weeks. According to Inframation, 60 infrastructure and energy transactions have closed around the world since 1 March – and there are others included in this list. Perhaps more surprisingly, 57 transactions have been launched in this period, including 24 in the renewable energy space. These span more than 20 countries and is in line with the monthly average of the previous six months.

These figures contrast with just 20 deals being cancelled, nearly all in the US. Again, this number is not that different from the monthly average in the previous six months. This suggests sentiment is holding up, for now, and client feedback is that there are funds to deploy, a desire to keep doing deals and no dramatic change of approach or strategy.

There are some headwinds, however. Lenders are still looking to lend, but not necessarily to underwrite, and there is reduced risk appetite in some cases. Listed funds may find that they become constrained if their ability to tap up the equity markets is reduced, and lower valuations mean they may push against their gearing limits.

In the renewable energy sector, an emerging challenge to deal flow – at least for those projects relying on merchant power revenues – is the prospect of material reductions to power price forecasts. This is not just driven by the short-term drop in demand for power linked to Covid-19. There is a longer-term structural shift forecast too. Inevitably this will make it more difficult for potential buyers of projects to meet seller / developer expectations, at least until those expectations start to shift, and it will also reduce debt capacity for these projects. 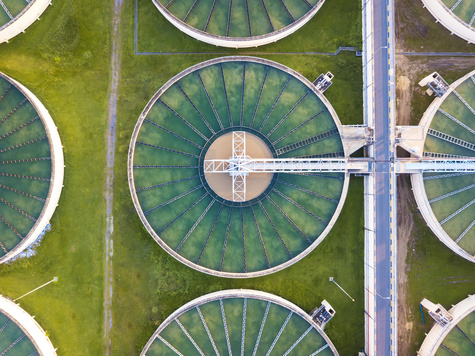 Mazars counts with a team specialized in the sector to assist companies to efficiently respond to the main challenges to be faced.

The situation caused by the COVID-19 has a substantial impact in all the economic activity, with temporary (cash tensions) and structural effects (business restructuring) and an impact at short (suppliers/customers), medium (employees) and long term (shareholders/ creditors).

The COVID-19 pandemic is a constantly evolving global health crisis that is creating a huge range of challenges for individuals and businesses around the world. As governments take unprecedented action to prevent the spread of the virus, businesses are facing an ever-more complex environment to operate within.

COVID-19: HOW TO CONTINUE MY ACTIVITY?

The expansion of Coronavirus (Covid-19), the globalization of society, in general, and of the economy in particular, has led the society and the companies to move in a hostile environment, in a hasty and abrupt manner, without time for their adaptation or anticipation. The health crisis has struck in a generalized manner, affecting all economic fields and sectors.

Some of these cookies are necessary, while others help us analyse our traffic, serve advertising and deliver customised experiences for you.